I could have saved alot of money and maybe some time .... but where would the fun be in that. But in this instance it could have really helped.  I started out this project wanting to get into aerial photography using a Quadcopter. I did a lot of reading and though I had a good plan.

But after my many plans & failures, yes there were some successes I now believe that if I was to do it all again I would start with the build of a small 330 quad.

My experience may be helpful for others who are also starting out. Now remember I had no RC experience before I started this adventure.

Plan A : Build a cheap HQuad, large for stable flight,

So this leads us to where we are today...

Things I have leant :

So after all my "learnings" I believe for me a starting with a 330 frame would have been a good start. As you can see Ive gone from large down to small.

So this leads me to my current build Plan B. The home build 300mm quad I built was really good, surprisingly good.  But if I crashed and damaged any of the motor mounts, which always hit first I would be with out a quad. So thats why I ordered parts for a 330 sized quad listed in the Plan D post.


Eariler this week all the parts arrived ...... build time.

Pretty standard procedure, I first bolted the base plate on to the arms to get a understanding of the size and 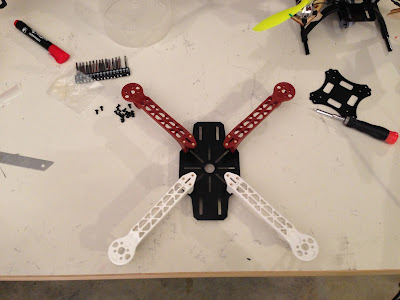 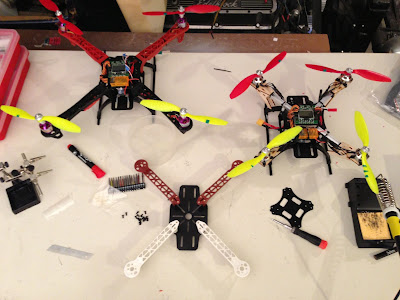 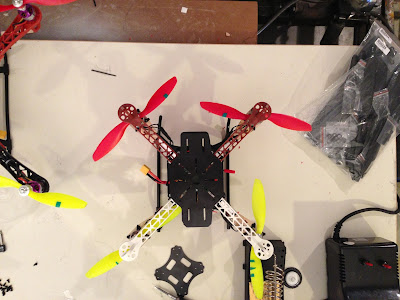 Next steps was to take all the running gear of the home build and move over to the 330 frame. 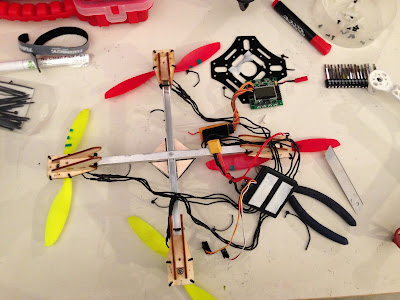 After a bite of fiddling the Q-Brain was a perfect fit in the 330 frame. Once I got the orientation sorted I used double sided foam tape to hold it in place. 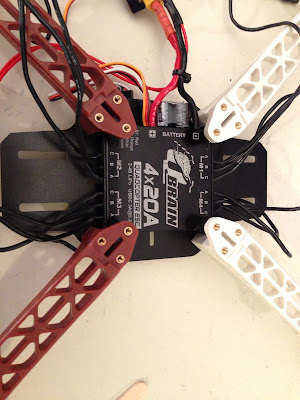 Before I stuck the Q-Brain ESC into the frame I threaded through velcro straps and tested to make sure that they would hold the 2200 battery. 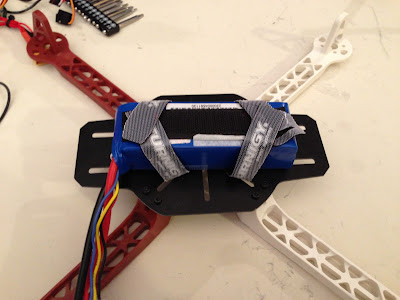 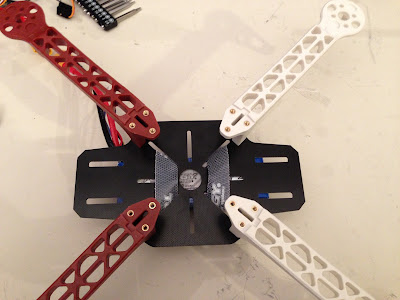 Q-Brain stuck in place and the leads routed ot the motors, Motors were bolted directly to the frame. 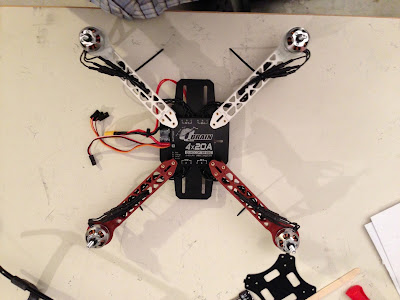 With the long power leads on the Q-Brain ESC I platted them which reduced the length and then zip tied underneath the arms. I wanted this to be as tidy as possible. 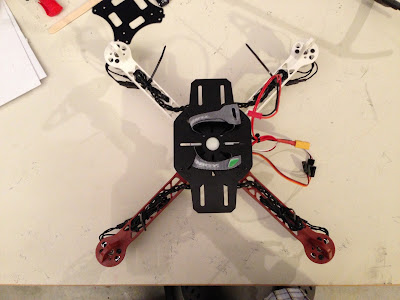 I transfered the foam plate I used to mount the KK2 board. Its made from the lid of the foam box that the kk2 was shipped in and the foam doubled sided taped to the frame. The KK2 board has sticky Velcro  that is used to hold it to the match Velcro on the foam, Seems to work really well.

The same velcro method was used for the receiver, plus an addition zip tie. 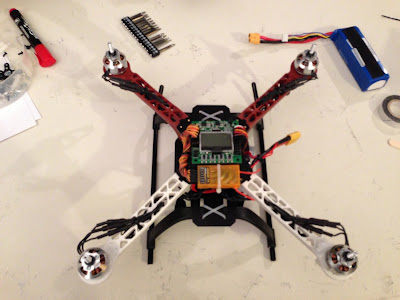 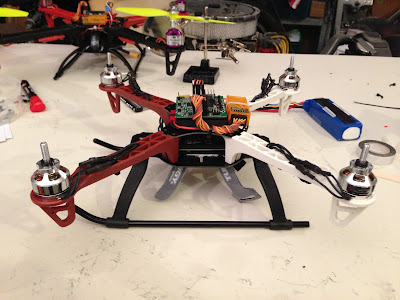 After the first initial flight is seemed to have a surging motor. After more investigating I had a bent one of the prop adaptors very slightly, once I changed that and put a set of new props on with basic balancing (Blades, not hubs) it flew smoothly with out any surging.

Next will be to do some fine tuning now I have sorted out the unbalance that was causing the surging.

The next night I did some a little more tidy up of the wiring to secure the leads coming out of the motors were less exposed. 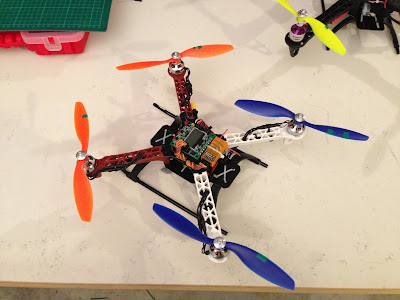 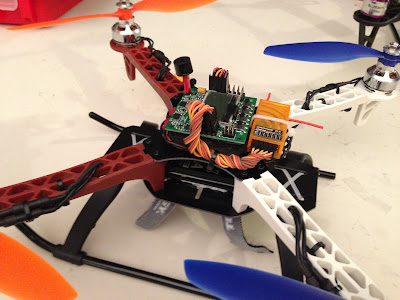 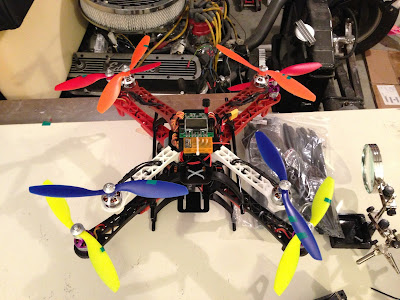 Overall so far very happy and as I stated earlier this combo of frame, motor, ESC, KK2 and 8x4.5 props makes a great beginner quad.