After watching this from the flitetest crew ... I really want a VTail Quad. I know ... I know I still cant really fly the two quads I have now .... But if I crash one I will still have 2 working quads ... right. Well thats my excuse and Im sticking to it, and I really like building things.

After doing a good amount of searching I couldn't fit a good VTail build guide. So I just followed the rough rule of thumb to keep the distances from the props equal.

I just laid it out on card. The first rough draw up was 350mm between the front props. 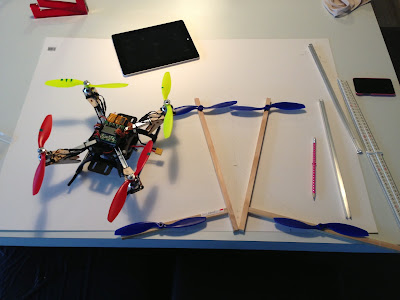 The next day after some more thinking about it I reduced the size to 250mm between props on the front and I went for a straight bar to mount the front props and the V from there. Based on a 45degree rear prop angle the distance between the rear mounts is 120mm. The below picture shows the rough frame design and proportions. This is using 8x4.5 SF props. 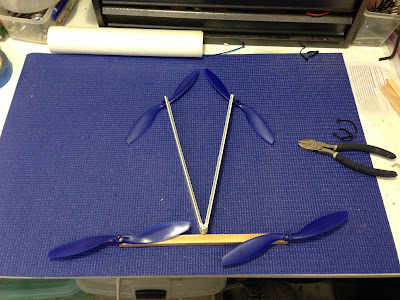 I quickly bent a 10mm U tube to 45 degrees get an idea of the rear prop angle and to make sure that I got the clearance right.

The next part of the design will be figuring out what to use for the plates to mount the booms to and how. 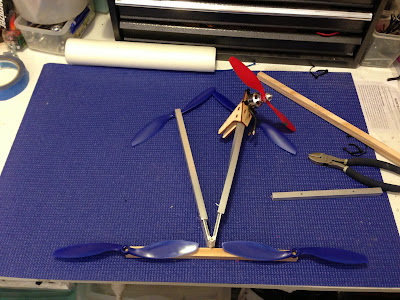 I also made some short buzzers for the KK2 board.  I just soldered the terminals from the buzzer directly to a JST female plug and then used some two part glue to hold everything in place. 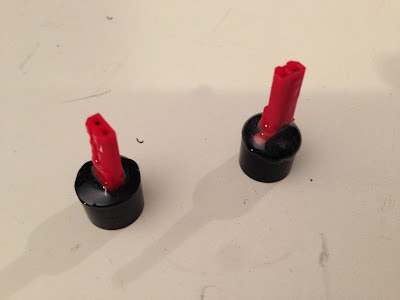 Looking forward adding the VTail to the mix. 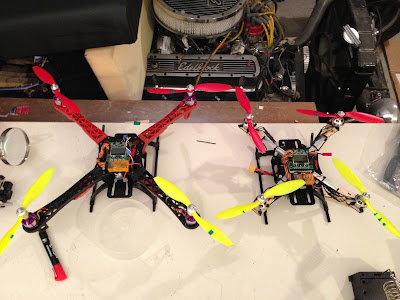