After I got all the 3D printed bits on the FLIP and some gimbal tuning I had a parcel arrive. It was my new Taranis Transmitter. I spent the night swapping out the receiver on the FLIP/Naza so I could use SBUS. I also set the gimbal up so I could control the roll and pitch. The X8R was set to use SBUS on the first 8 channels and the other 9-16 on the normal pins (Using the supplied jumpers when binding) 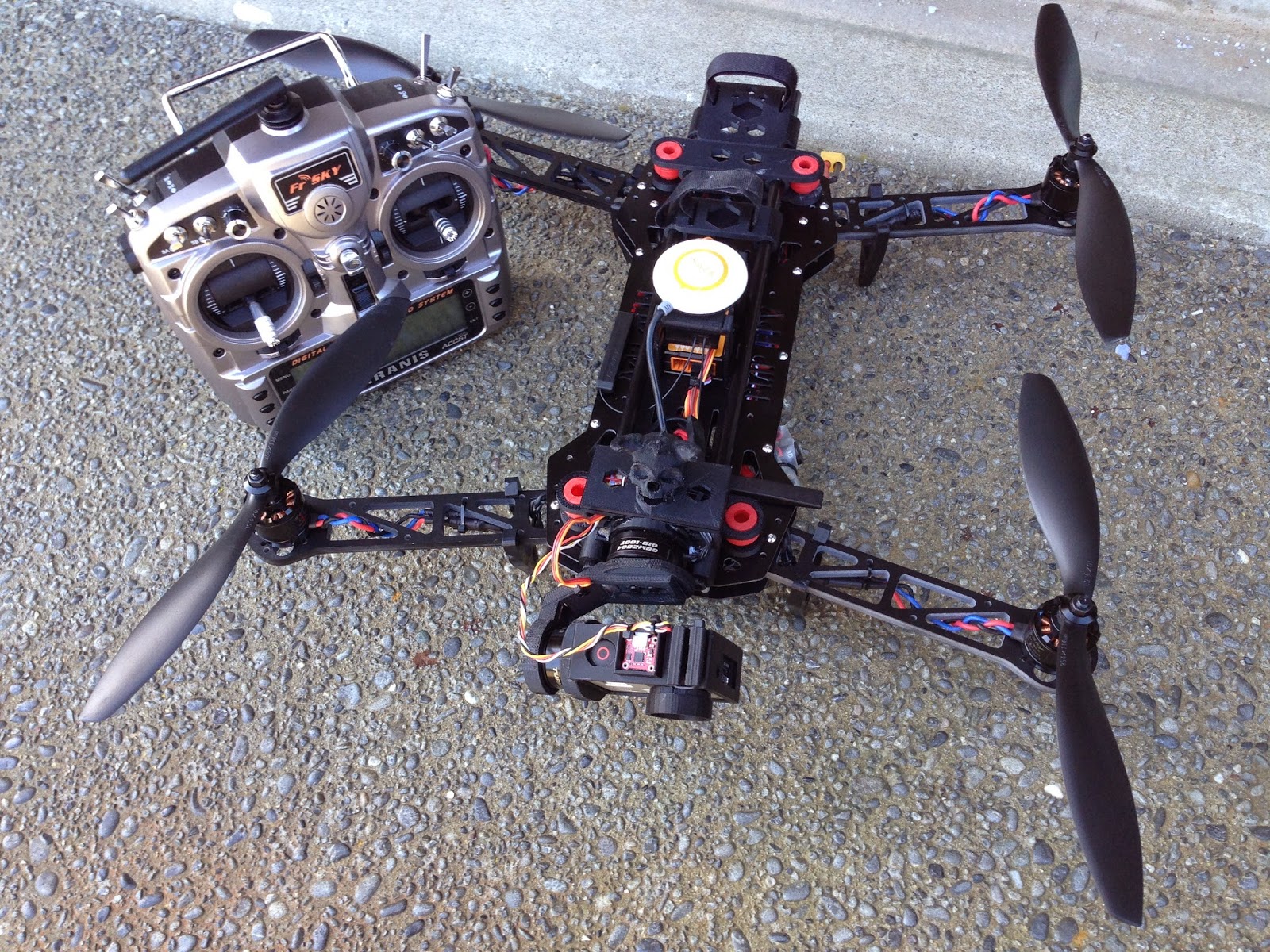 Super happy with the Taranis, it lives up to the hype.


I took it for some shake down testing. The below video was taken form only 2 batteries worth of flying. It was a beautiful morning and I had a very gracious helper.

View at full 1080p for best viewing. I was really happy with the quality of the video I was getting. The only issue now is some shake when fast forward movement. Not sure if its the gimbal or the mounting system.

The video was taken with props that were straight from the pack, and not balanced. I do have some 10x4 wooden props that I plan to put on now that I crash a lot less.
Posted by Pete
Email ThisBlogThis!Share to TwitterShare to FacebookShare to Pinterest
Labels: 3D Printing, gimbal, Quadcopter
Newer Post Older Post Home