So after another night of tinkering away I now have a complete quadcopter .... yeah for me. This is most likely the last time you will see it in such good condition ...

Lets go over the additions and finish up of the build first. After finishing the last set of power leads required I moved on to creating a battery holder. I used popsicle stick and some thin pine wood to make this simple plate. 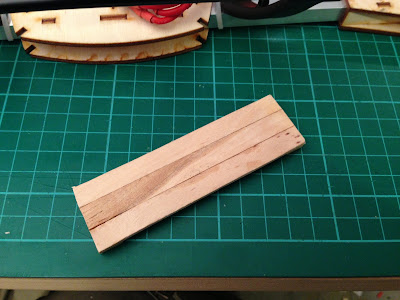 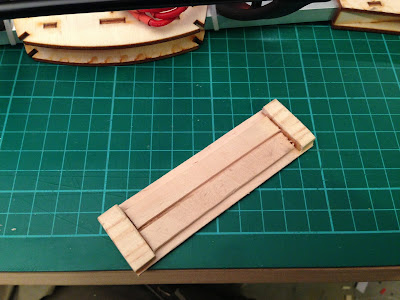 The plate is hot glued to the bottom of the center frame. I Used hot glue so if I need to remove it I could. The plate has a gap to allow the power lead enough room. 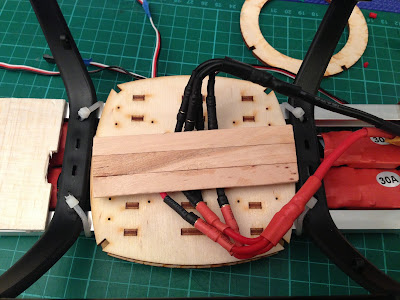 Hot glued down and velcro stuck down. It gives a nice sturdy platform and also plenty of battery postion options to get the correct CG depending on what I end up putting on the frame. 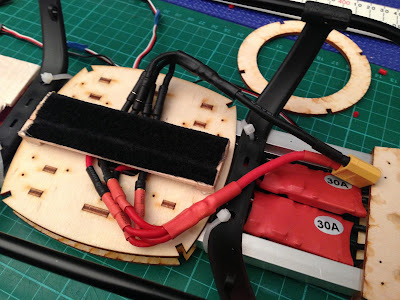 Next build item was the top plate to hold the kk2 board and the receiver. I used 4mm balsa wood for the top plate. I then needed a way of attaching the plate to the frame. I used the trusty popsicle stick, four were cut to length and then using the already laser cut hold as reference drilled and screws to the frame. That additional advantage was that the screws used were long enough to go on to the booms so it also holds the quad together. 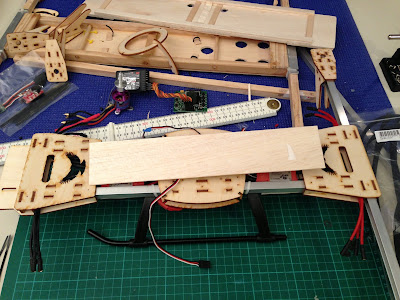 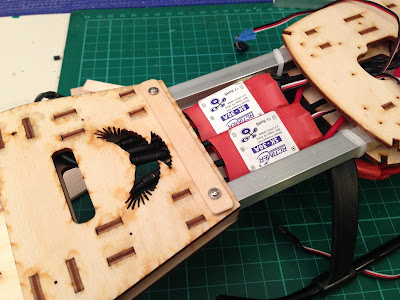 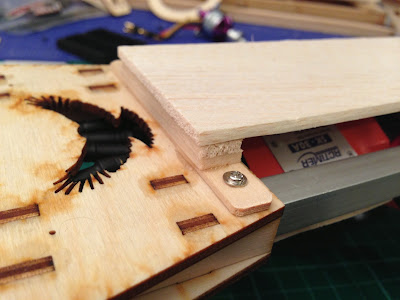 Top plate all glued and screwed to the frame. As you can see it give a large flat area for mount electronic. 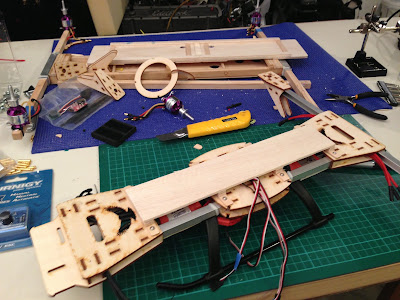 A test fit of the supplied "cage" to protect the kk2 board. 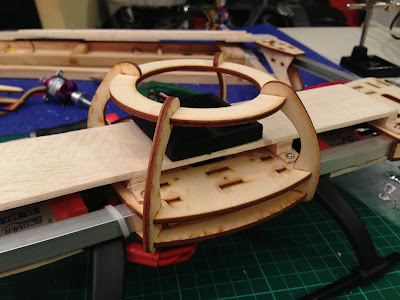 Next up I mounted the kk2 board on the same foam and velcro setup used on the home made quad. The receiver was also velcroed on. 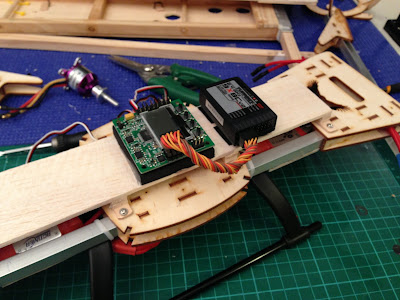 All the electronics now on the Plan B build. 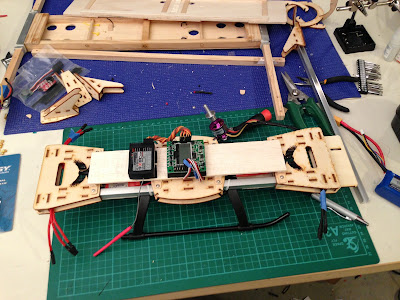 The next step was to mount the motors. I didn't use the supplied mounts, I just drill holes and used zip ties. I seems to be be very strong and rigid. It also hopefully reduced some of the weigh that I added with my modifications.  I used zip ties to hold the motor booms centered.

So here is the final Plan B Build.... take a final look as this may be the last time it looks like this.

I will hopefully get some calm fine days soon so I can go and have a go and flying it. Wish me luck. 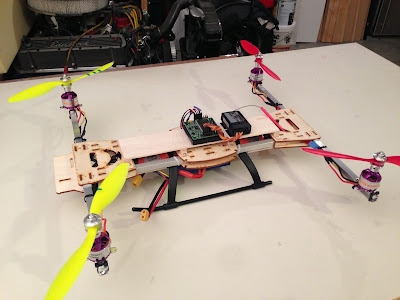 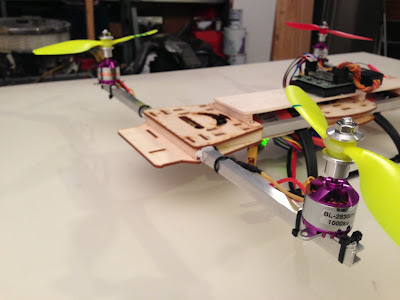 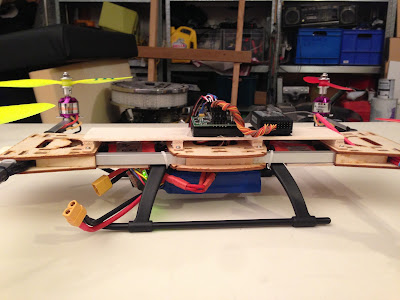