Well its been a long time between drinks. But I did finally get out to the workshop and make a little progress on the brake linkage. Since I changed the booster to a smaller one to give more ground clearance I had to change the linkage as the thread on the booster was 3/8s, and before the linkage was 12mm.

So after some hunting in shops for a couplings that may work ... and finding none, the old grey matter finally kicked in and I remembered that the old booster was 3/8s and I still had bits of the old linkage somewhere. After a bit of looking I found what I was looking for.

The 3/8s internal threaded rod. However it was truly stuck on the connecting rod. I cut two tabs so I could use a wrench on it to undo it. Worked a treat. 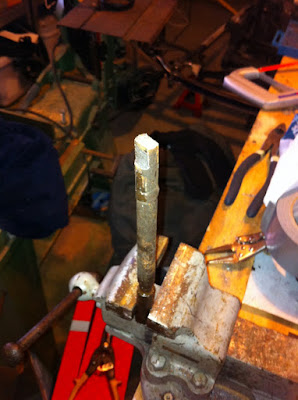 Here is the internal threaded rod on the new brake booster, Next step was to thread the other end so it would connect to the 12mm connecting rod. 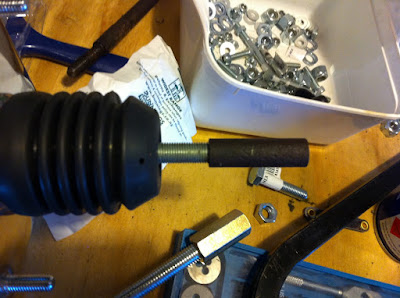 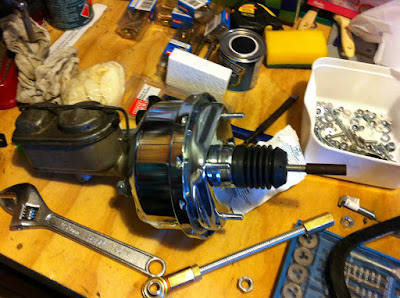 After using my hand lathe, (a hand file, must get a lathe somehow) to thread it I needed to get the rod down from 14mm to 12mm so I could use the 12mm die. 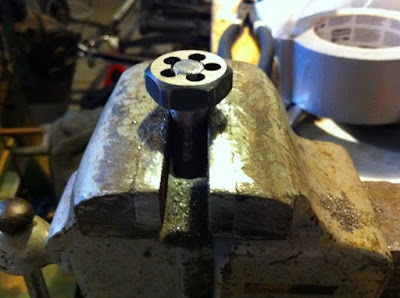 ﻿
Here's the threaded end all done, the next thing I did was drilled out the coupling about 8mm so when the newly created adapter was screwed in it seated deep with in the coupling. Just to give it extra strength. 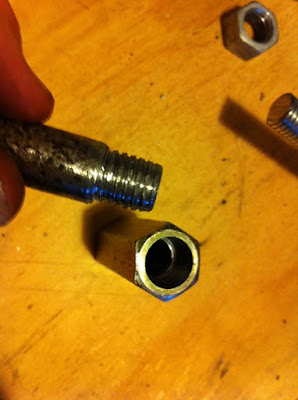 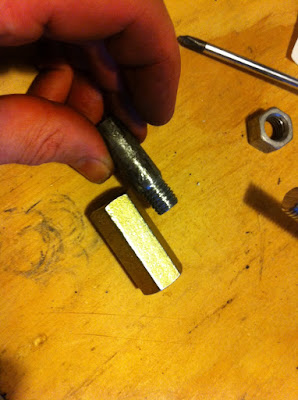 The final master piece, I can now focus on finishing the frame painting and I can then start putting things back on the old girl. 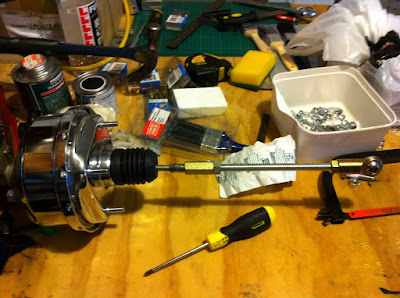