The hydraulic clutch has moved a little and I wanted to mount the hard line properly. As with everything so far on this rebuild It seems I have completely rebuild new. The old clutch mount was just bolted to the wooden floor and the hard line was held in place with just zip ties.

Now that I have made a proper  mount for the clutch master cylinder I had to re-route the hard line. Its thicker than the brake lines, its 1/4inch tube so stronger and hard to bend.

After much scrambling under the RattyT and bending I finally got the rough mock up of where it need to go. But that was late last night so i stopped at that point. Tonight I started the actual mounting of the hard line.

First step was to shorten the existing hard line. 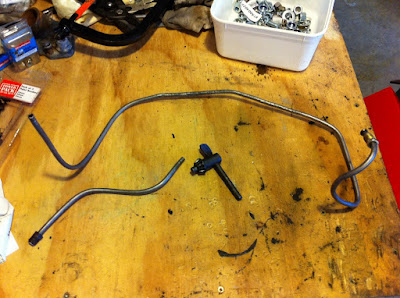 Putting on the new double flange on the end of the shortened tube. 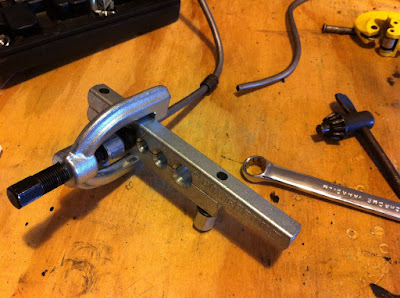 I had to make some mounting brackets, so out with the trusty sheet metal. Cut a 20mm strip and then cut and wrapped around the spare tube to create exact sized mounts. 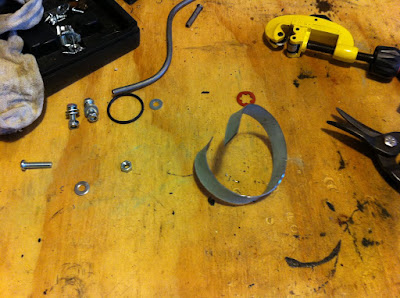 In the vice getting a good round tight fit. 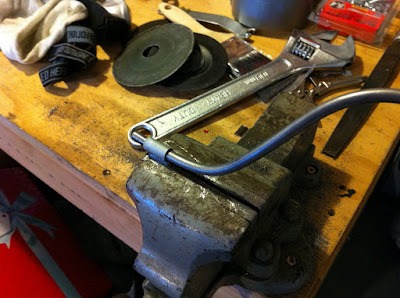 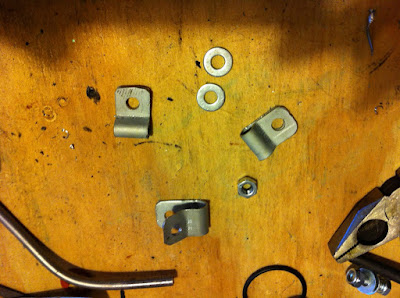 Clutch master bolted in and and the hard line tighten on to it. Then the brackets used to hold the line in place. 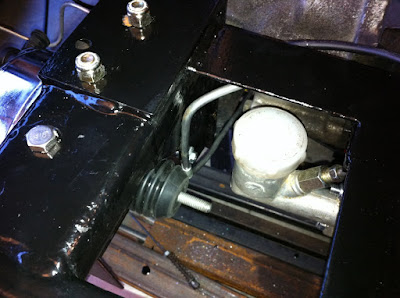 The hard line routes from the right side under the gearbox in front of the main gearbox cross member. I routed it up much higher than last time and it now well hidden and protects from any road debris

left side all mounted and the soft line connected. 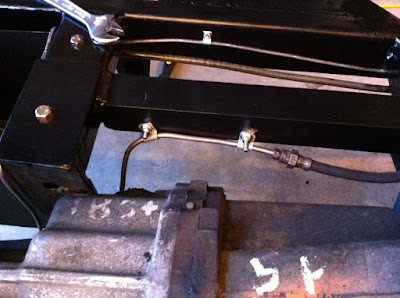 While I was at it I needed to make a bracket for the left brake line that routed under the gearbox. I was secure enough, but wanted to make sure it was super secure. 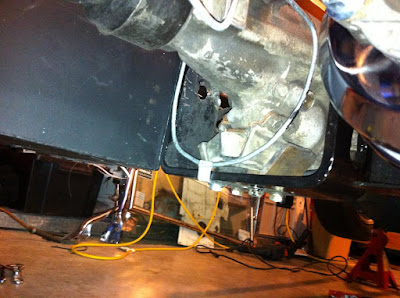 So that is all the hard lines mounted, soft lines done. Getting very close to getting the body back on.
Posted by Pete
Email ThisBlogThis!Share to TwitterShare to FacebookShare to Pinterest
Newer Post Older Post Home