Two Quads and a old GoPro

It has been a long while since an update.

But there has been a lot of flying and updates. The first update is that I have abandoned making my own V-Tail. This is due to the Flitetest crew releasing their BatBone frame (Frame) and David.W making a Vtail. I love the design so will be getting one of those as the main frame for my VTail. I will use alloy tubes and the motor mounts that I have got. So look for a build blog of that once I get all the parts.

The other exciting thing is that the APM 2.5 Flight controller and GPS unit from HobbyKing arrived. Unfortunately this was right before I had to leave for 16 days on a business trip.

My main goto quad at the moment is the 330 frame with a KK2 board, after my initial crashes and breaks I have not had break since and it flies really well.

The only upgrade is to have the KK2 and receiver mounted inside a container, to protect from crashes. I also added some extra crash absorbers on the frame corners (Foam balls) and extra on the landing gear. Since I have done this I have not broken anything while pushing my flying envelope.

I can fly ok 90 degrees either side of centre but still struggling with nose in. I only fly this in full acro and its great for learning and practicing on. 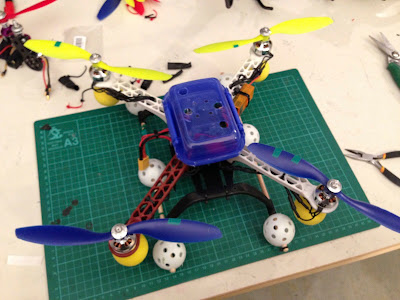 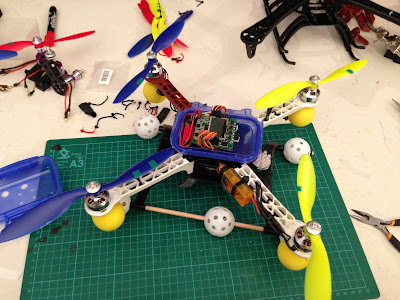 I also received from a kind old friend one very old GoPro, I got this the day before I headed away, I quickly zip tied it to the 330 and took it for a flight. Some of the jello filled video is below. 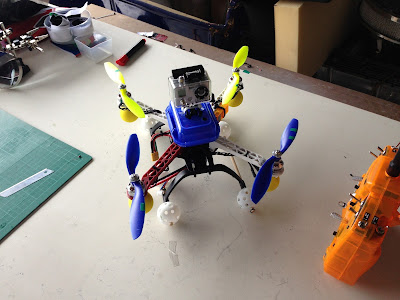 The other exciting addition is that of the APM 2.5 with GPS, I also got a case for it. I mounted this in the 450 frame for extra stability. After a few hours of getting it setup I was able to get up an flying. Here are the links I found most helpful in getting up and running.

There is a wealth of information out there, just start searching. 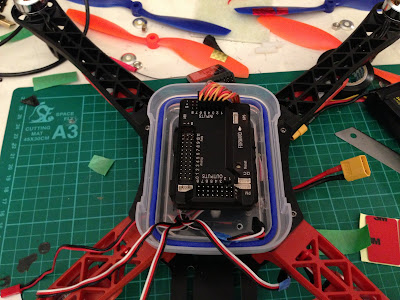 After a couple of test flights I strapped the GoPro to the 450 frame and took it for a flight to capture some video. There is alot of jello, the frame has RCtimer 1000kv motors and 10x4.5 props all of which needed proper balancing. But I was just fun to capture some footage.

It was a cold windy day so the quad was buffered around quite a bit. 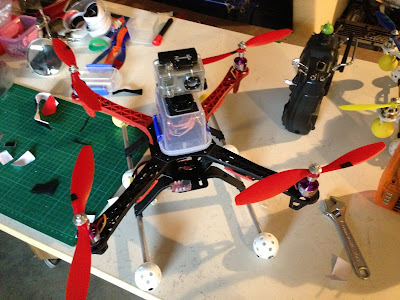 Heres a little video i made of the footage