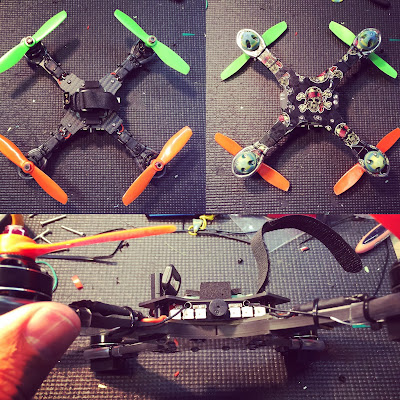 Well it had to happen I destroyed my LOS 5inch acro frame, The rubber band that held the battery cable out of the way broke, the cable flew loose tied up one prop ... and down it tumbled ... from about 75 feet .... yip that hurt. A 4mm arm, top and bottom plates and a naze32. 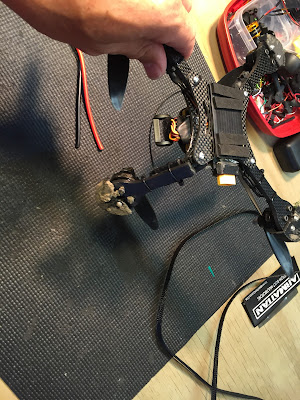 So after my success and overall  happiness with Armattan frames I got on special a F1-5 Acro, this one has the 4mm non routed arms. Time to rebuild a new acro frame.


I had one main aim ... I wanted the battery on the top. I hate having it on the bottom as I always crash or come out of loops late close to the ground and hit the underside 9 times out of 10. I have lost more batteries that way than any other. So the main aim was a strong frame and to have the battery mounted on the top.

With the f1-5 Acro I built the bottom plate using a plate that didnt use capture nuts that are used on other Armattan builds. This allowed me to use bolts to come up and then screw into alloy standoffs. The arms and top plate, the F1FC integrated Naze32 are mounted as usual.

I did swap the power train on this build to use littlebees 20amps and Titan 2204s.

The arms and the bottom plate ready for the top plate. 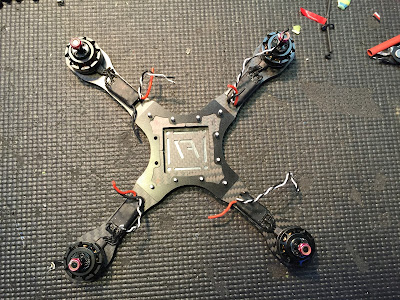 The Armattan F1-FC is great for tidy and simplified builds. I have used this on my F1-5 FPV and they are great. Yes they are currently only Rev5 but for my level of skill and flying its not a limiting factor.

This is the finished F1-FC, as you can see its really clean, and this is with LEDs and telemetry on there. 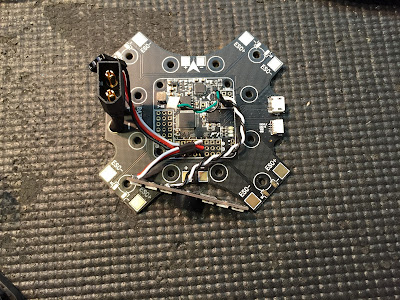 Unfortunately I forgot to get a photo of the next steps, but its pretty straight forward. Instead of using nuts on the bolts that came up through the frame I used 10mm alloy standoffs. Then I used another base plate that is bolted to the standoffs. This gives a triple deck and makes the frame super strong, but the main thing is that it gives a strong place to mount your battery on top of the frame, which was my main aim.

The 10mm standoffs give enough space to mount the Frsky D4Rii transmitter to the bottom of the top plate directly over the F1-FC. I just added a 3D printed plate for the velcro strap. This was bolted on via the top plates 35 holes. I then used window insulation foam to protect the battery and also helps with lateral battery movement.

The top view of the complete frame. 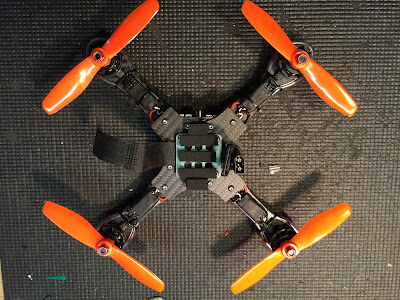 The integrated buzzer and LEDs I got from Banggood.com 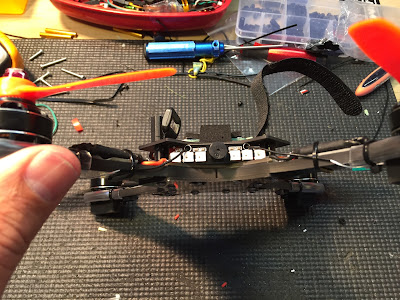 I also covered the bottom plate and the arms in some cheap book cover seal that I found in a book store, just to make it look a little different. 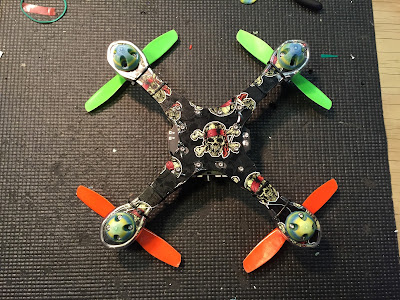 I printed some standard bolt pattern feet to help protect the frame. And as with all my frames the arms have 4mm nylon tube wrapped around them. It sure helps protect them from the tarmac and is very light and easy to replace. 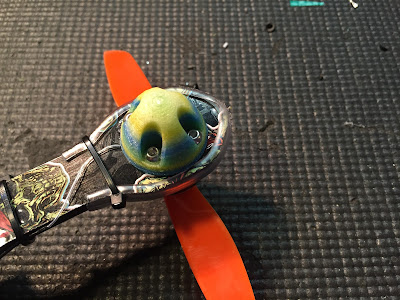 Already for its maiden flight. When flying acro I use green props for the front and other colours for the rear. 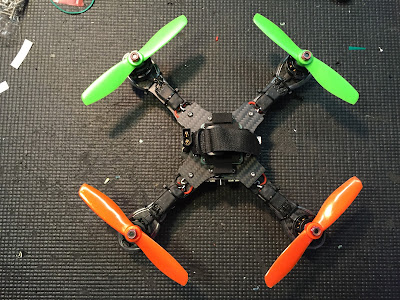 After a little bit of very basic tuning, it flew great and handled failed new tricks and crashes really well. I doubt if I will be breaking this little beastly.

While out flying the F1-F5 FPV I though why not just throw on the GoPro on the acro and get a video of me doing some basic LOS acro.

Below is how dodgy the strapping of the GoPro to the frame was for the flight, but it worked. 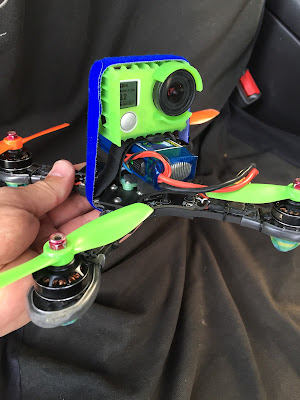 If you have any questions flick me an email or comment.