Now that I have moved my thinking toward the interior and mucking around with the seat belts I came to the conclusion that I didn't like the solution I come up with a few years ago. Pictured below 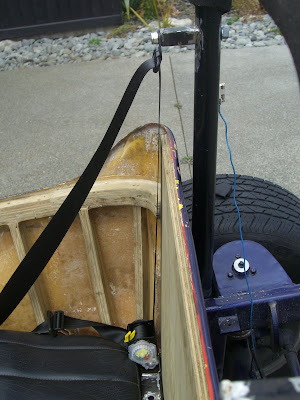 This solution took up a lot of room in the cabin, which has very little room as it is. I didn't like how the top mount had to stick out so far .... very close to my head, in the event of a crash I had pictures of my skull impaled on it. Lastly it was going to make doing the interior a pain due to having to work around the belt cassette, and it was pretty darn ugly. 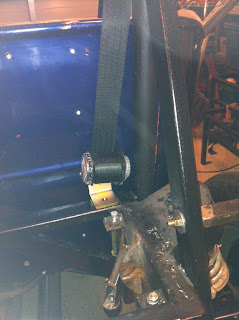 After looking at the options again I decided to mount to the rear cross member (Which wasn't there when I did the first solution) The cross member is 50x25x3mm box section with triangular bracing welded to the chassis. So plenty strong enough.  The only issue I encountered was clearance of the fuel tank. After playing around with different options I found that lifting the rear mounts up 30mm created more than enough clearance for the belts to be located in there new position. With raising the rear mounts there was no visual impact, you couldn't tell that I had to do that. 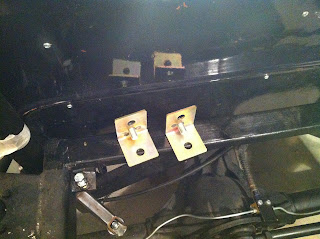 So once that plan was finalized I need to purchase a few items, First was the second seat belt, and a couple of approve high tensile right angle brackets.  The brackets came with pre-drilled holes, however since I was wanting the belt cassettes as low as possible to clear the fuel tank I drill ones lower down, making sure that I left the same amount of material above the hole to retain their strength. Since the clearance between the brackets and the body was so close that there wasn't going to be any room to get the bolts in so I tack welded them in place. 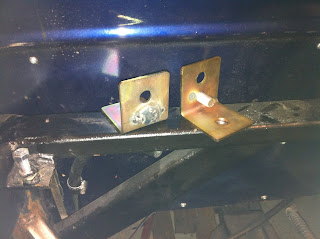 Once the brackets were complete it was time to tackle the top mounts. Now that the belts were coming form behind the body they needed to be shortened considerable. So out with the hacksaw. I cut the best I could. The rest was to be angle ground off. 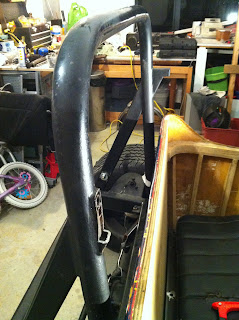 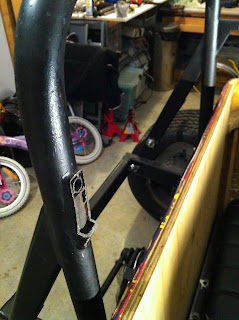 All cut off ready for grinding. 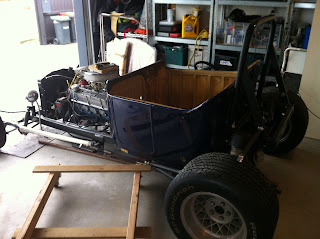 Wet miserable morning, but worked anyway as I wanted to get the mounts complete. 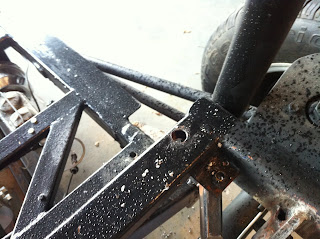 Large diameter mount holes complete ready for the welding in of the crush tubes. The hole were drilled 5mm, 10mm then finally 16mm 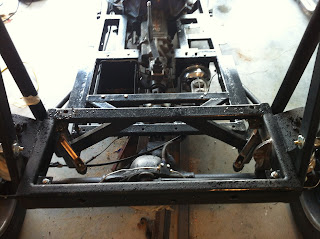 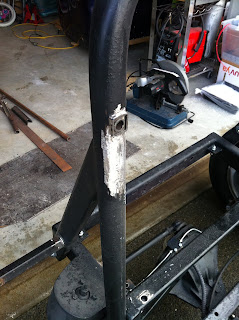 Top mounts after the grinding clean up, ready for the face plate to be re-welded on. 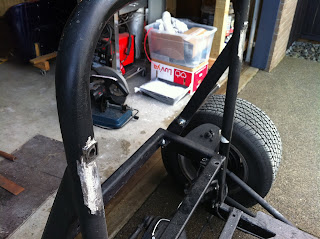 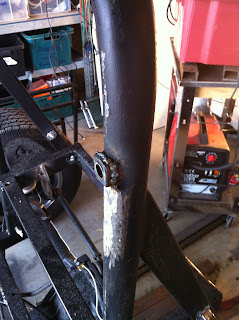 Face plate weld back on ready for a tidy up. 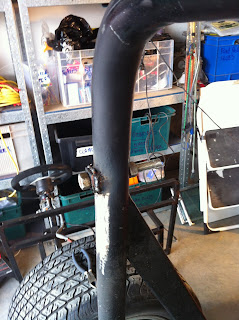 To make sure that the were in the right position when welding i bolted them in place. 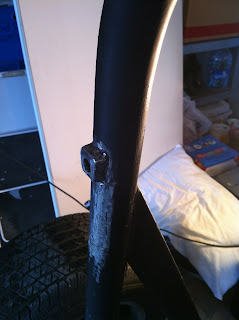 Welded and tidied up, ready for a coat of paint. 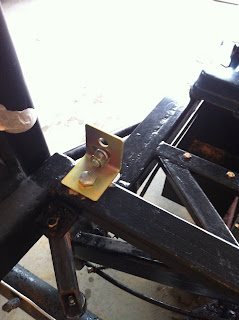 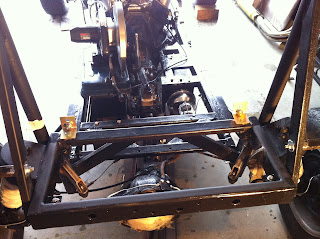 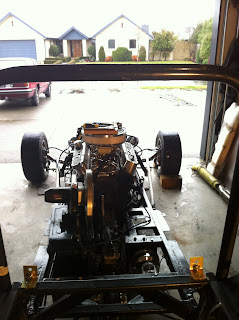